This is a phased interactive system and artwork which I developed as part of my final MA course work in 2011. It explores, social media, wearable technology and interaction amongst multiple users. 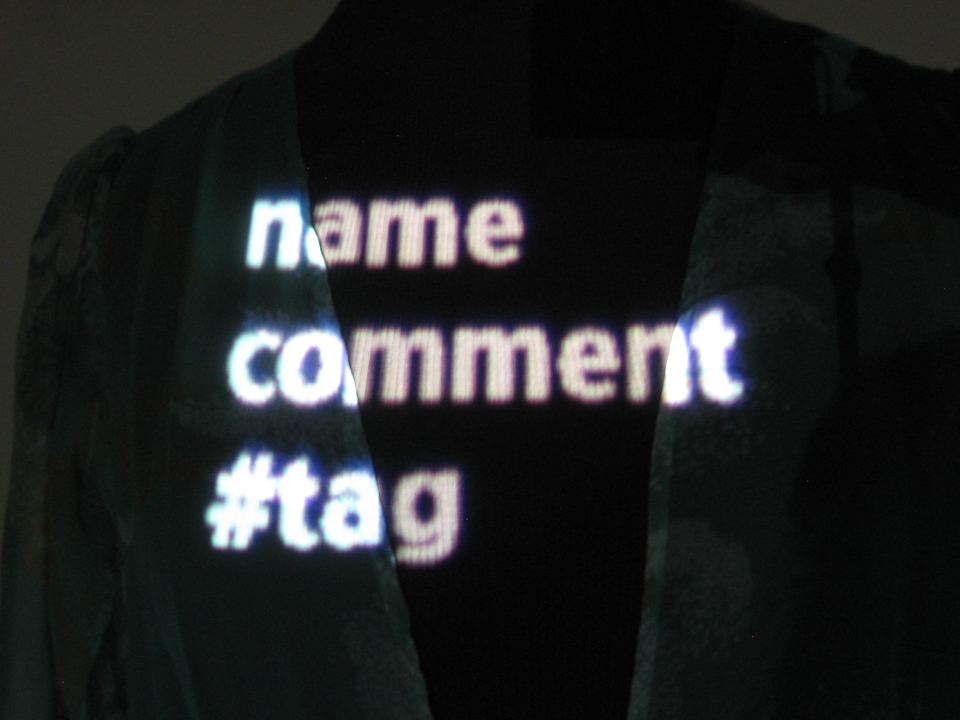 The first interaction occurs on the the users’ personal mobile device once they have scanned an embroidered QR code.

The users are directed to a mobile site which has been specifically developed and designed for this artwork. It is based on a submission form which allows for user to input their name, a comment of their choice and make a selection from a drop-down box of #tags.

The second phase is where this digital information which they have input into the website is then projected onto a physical object, a dress which is an embodiment  for this interaction. 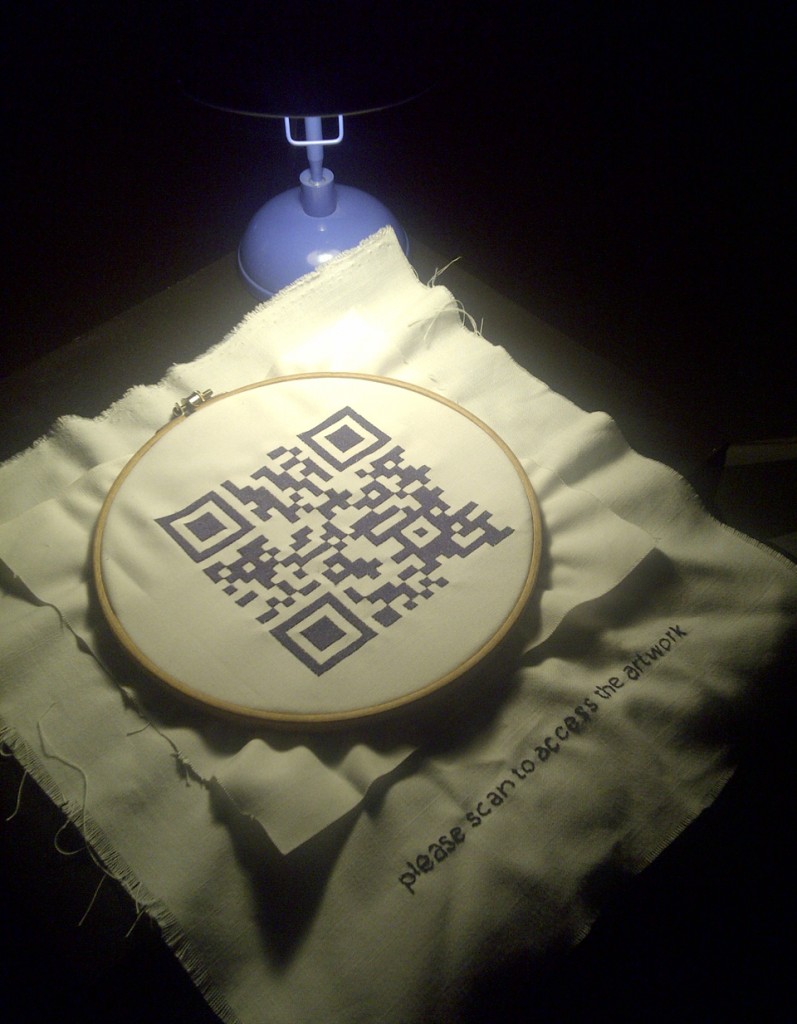 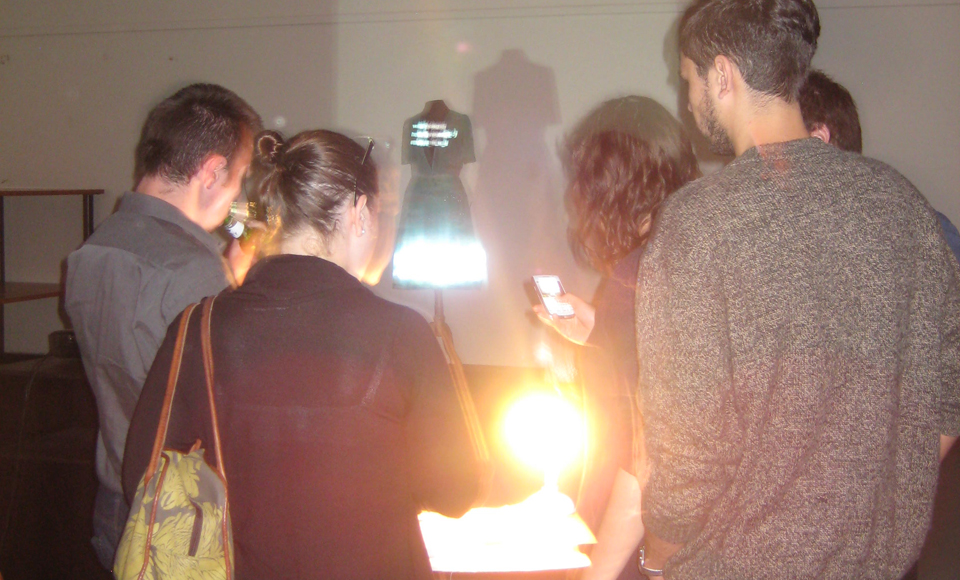 The #tags were constructed specifically based on social interactions which occur on social media in order to create a trend for the specific event. 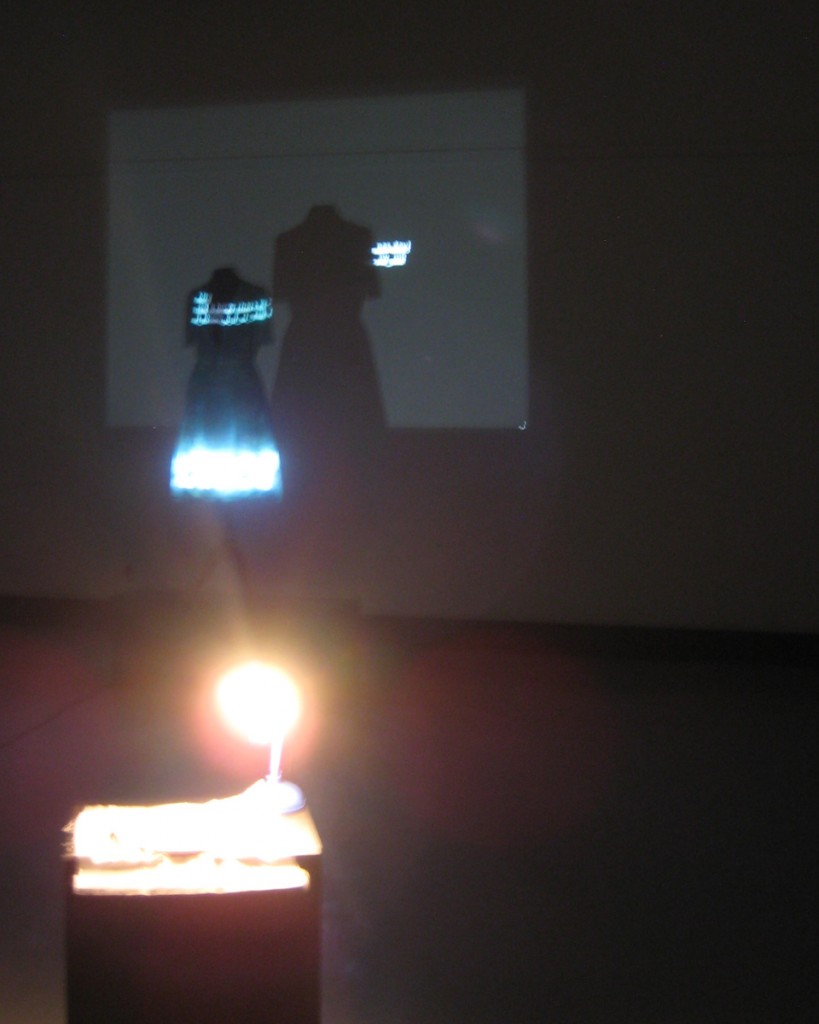 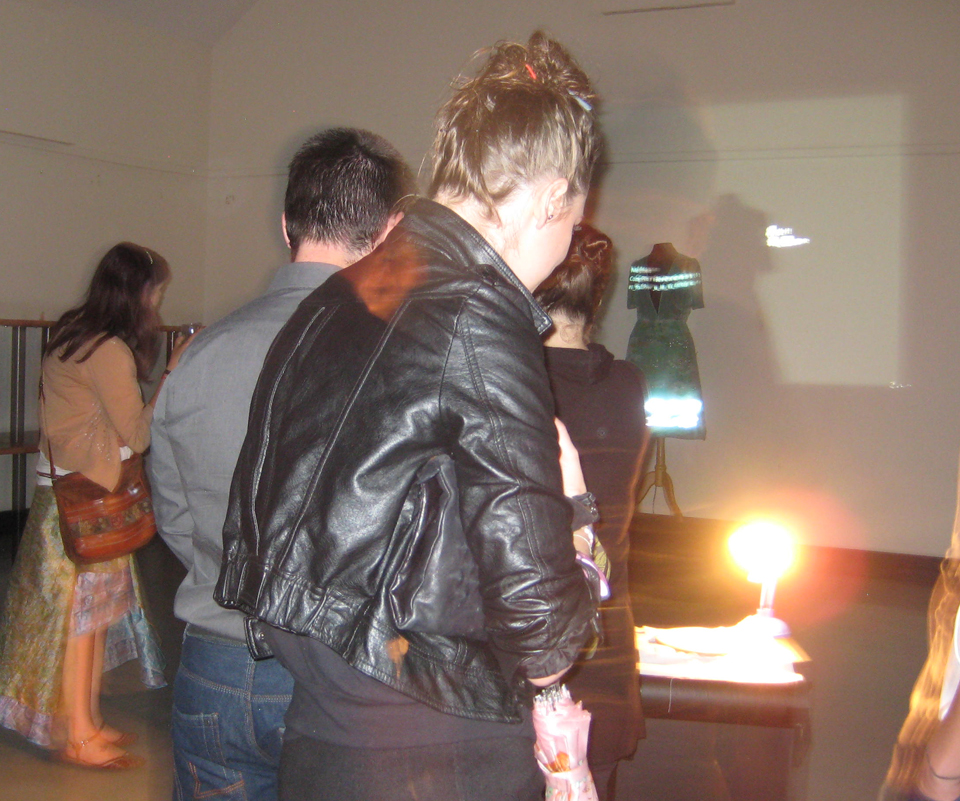