This is a curated artwork, a continuously evolving project which began at the end of 2012.

“This is a curated site. The artwork uses a digital medium, a micro-blog tumblr to collect images, videos and information about PINK. The curation is informed by my own personal fascination with the colour.” 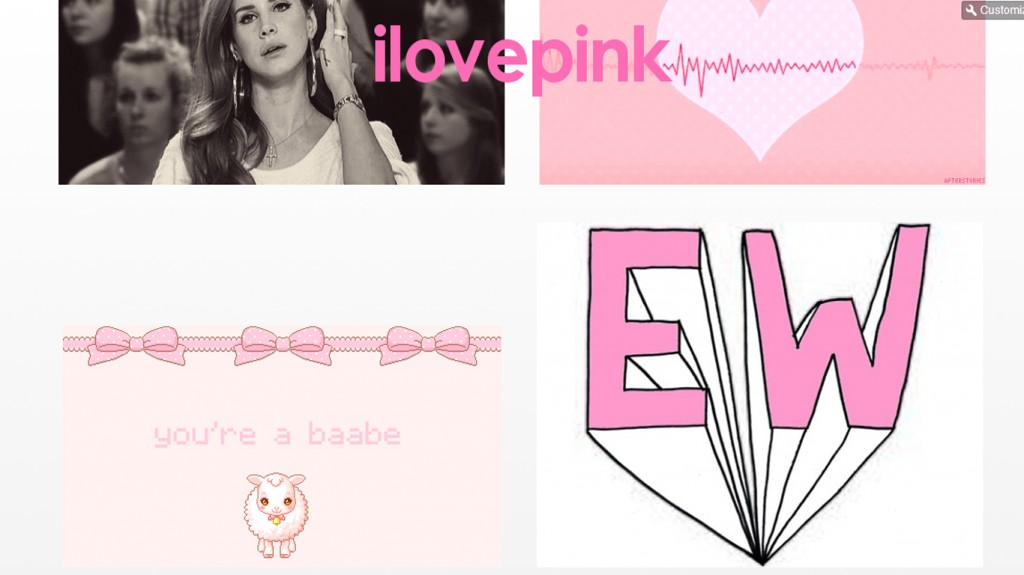 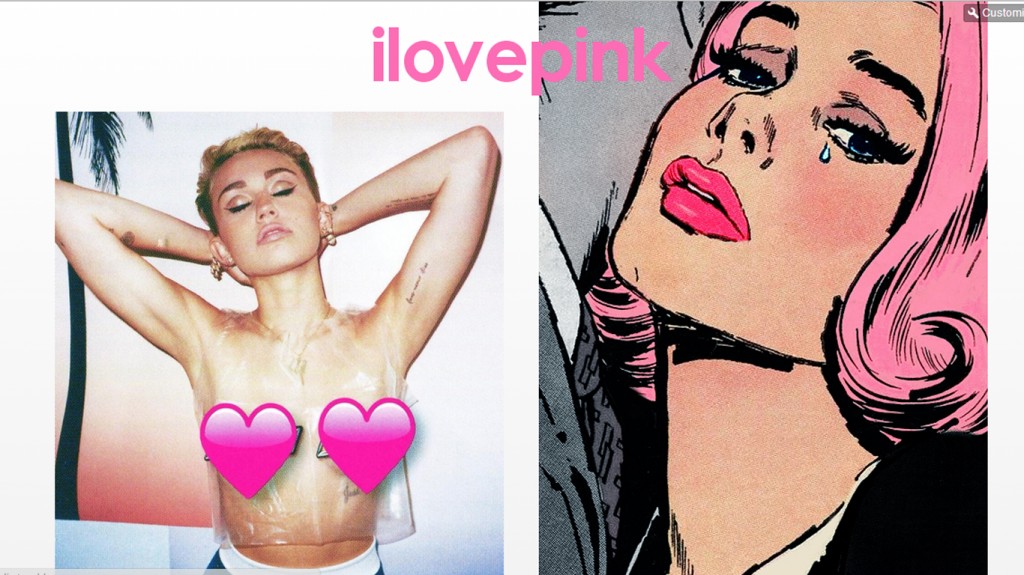 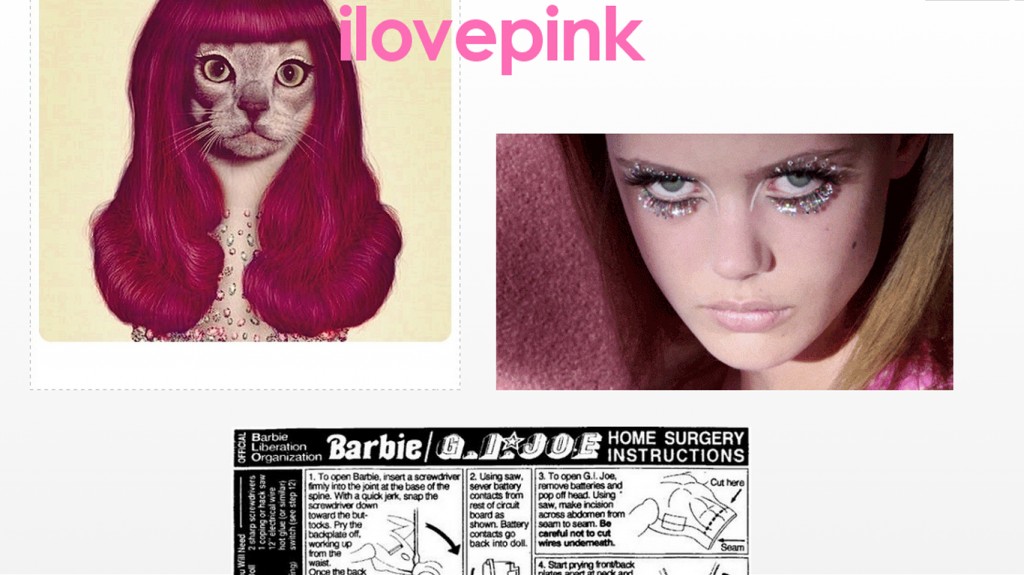 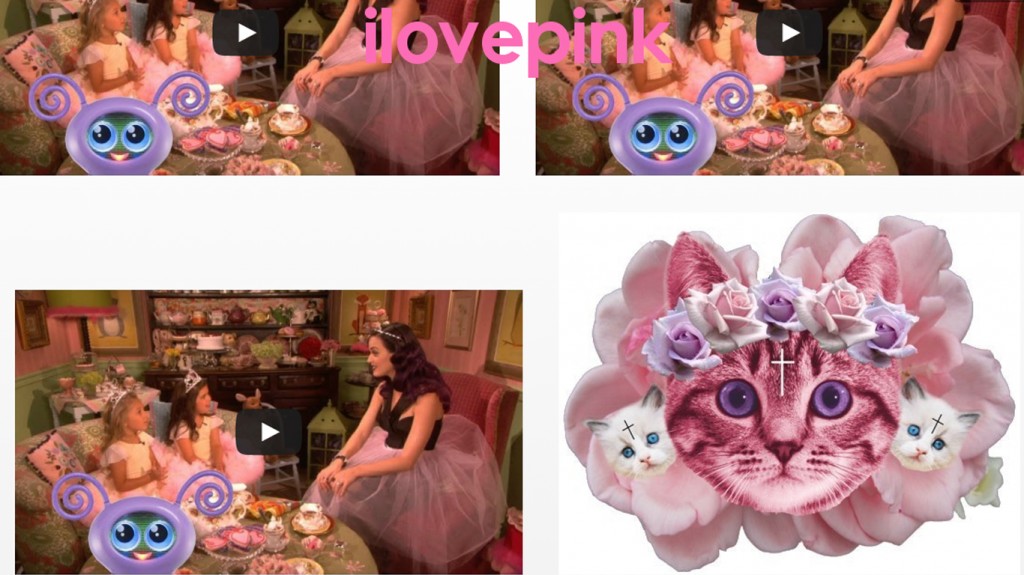 In order to understand what I was doing in this work – I decided to interview myself.

What is the title of this artwork?

The name or title of the work is “ilovepink”.

What? Love pink? I don’t know – love is a strong word. I love my mom. I never really used to love it. I used to feel a bit indifferent – aware, but indifferent to it. Then I began to love it – truly obsess over it. Then I grew angry – I resented it. Now, don’t really know how I feel about pink anymore. I think I do resent it a little, but I’m far more at peace with it now.

Is it an artwork?

Yes. Why wouldn’t it be. Because it’s pink, because it’s on tumblr? It’s a curated experiment which is the product of online research.

Tell me a little bit about the medium.

The internet? Or tumblr? Well they both exist through an interaction – through a hyperlink. I love that. That one thing can lead to the next. It simulates my thought process which is precisely how I curated this exhibition.

And what was that process?

Well it started off on tumblr – just selecting pink images some through tumblr (mostly) some from other online sources. And then I began to pink up on similar themes – similar images and concept around the colour pink. The work then became thinker, more complex. The hyperlinks developed further though the amount of content. I was able to connect my own entries through specific hashtags. That’s an important part of identifying information on the internet and online. I’m sure how it should be resolved. I’m just sort of letting it be – when I feel moved to collect images – I post them. If I don’t, I don’t.

What is the work about?

It’s about what is online. The information overload. The overlaod of superficiality, of surface information. It’s about the colour pink. It’s about how it gets used online – the glitter and sparkles and the association with being ‘girly’. This project isn’t denying that, but rather acknowledging that and sending a giant f-you to that content through other content.

Why what? Why the medium? Why the content? Why the concept? Why not. I don’t know. I needed to explore all of this further. This project, the research the product allowed me to answer some of my questions around the medium to exhibit something so specific and to experiment. It is my no means a final answer to any of questions, nor is it intended to be. I think expect a project or a single artwork to answer a question is naive, is shouldn’t it should invoke further questioning for both the artist and the viewer.

Here’s the link to the ongoing project: http://i-love-pink-artwork.tumblr.com/